15 Close all the openings of your head

You are here: Home / MEDITATION / 15 Close all the openings of your head 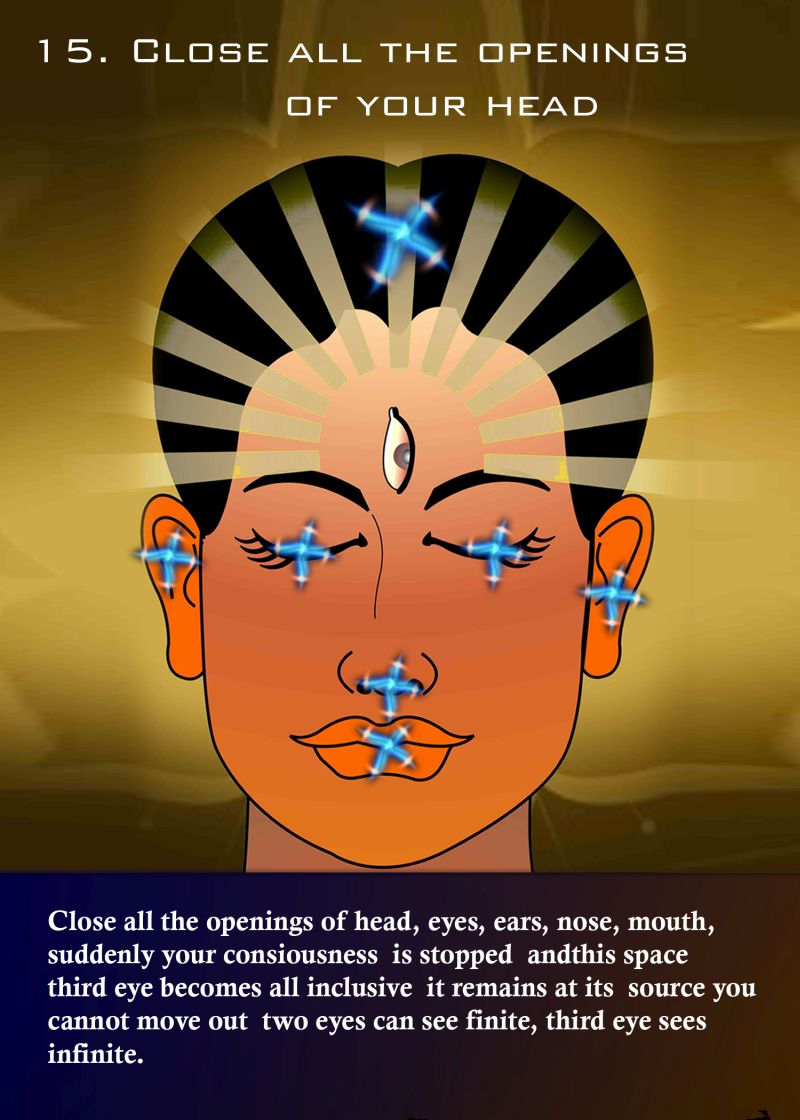 Close all the openings of your head

You may not have observed, but even if you stop your breathing for a moment, suddenly your mind will stop – because with breathing mind moves on. That is a conditioning with the mind.

If all the openings of the head are closed you cannot move out, because you have always been moving out from these openings. You remain in, and with your consciousness remaining in it becomes concentrated between these two eyes, between these two ordinary eyes. It remains in between these two eyes, focused. That spot is known as the third eye. This space BECOMES ALL INCLUSIVE. This sutra says that in this space everything is included; the whole existence is included. If you can feel the space, you have felt all. Once you can feel inside this space between the two eyes, then you have known existence, the totality of it, because this inner space is all inclusive. Nothing is left out of it.

This closing of the openings is a way of centering, because once the stream of consciousness cannot flow out, it remains at its source. That source of consciousness is the third eye. If you are centered at the third eye, many things happen. The first is discovering that the whole world is in you.

The third eye is not part of your physical body. The space between our two eyes is not a space which is confined in your body. It is the infinite space that has penetrated in you. Once this space is known, you will never be the same person again. The moment you know this inner space, you have known the deathless. Then there is no death.

When you know this space for the first time, your life will be authentic, intense, for the first time really alive. Now no security is needed, now no fear is possible. Now you cannot be killed. Now nothing can be taken away from you. Now the whole universe belongs to you: you are the universe.