05 Focus your attention on the third eye

You are here: Home / MEDITATION / 05 Focus your attention on the third eye 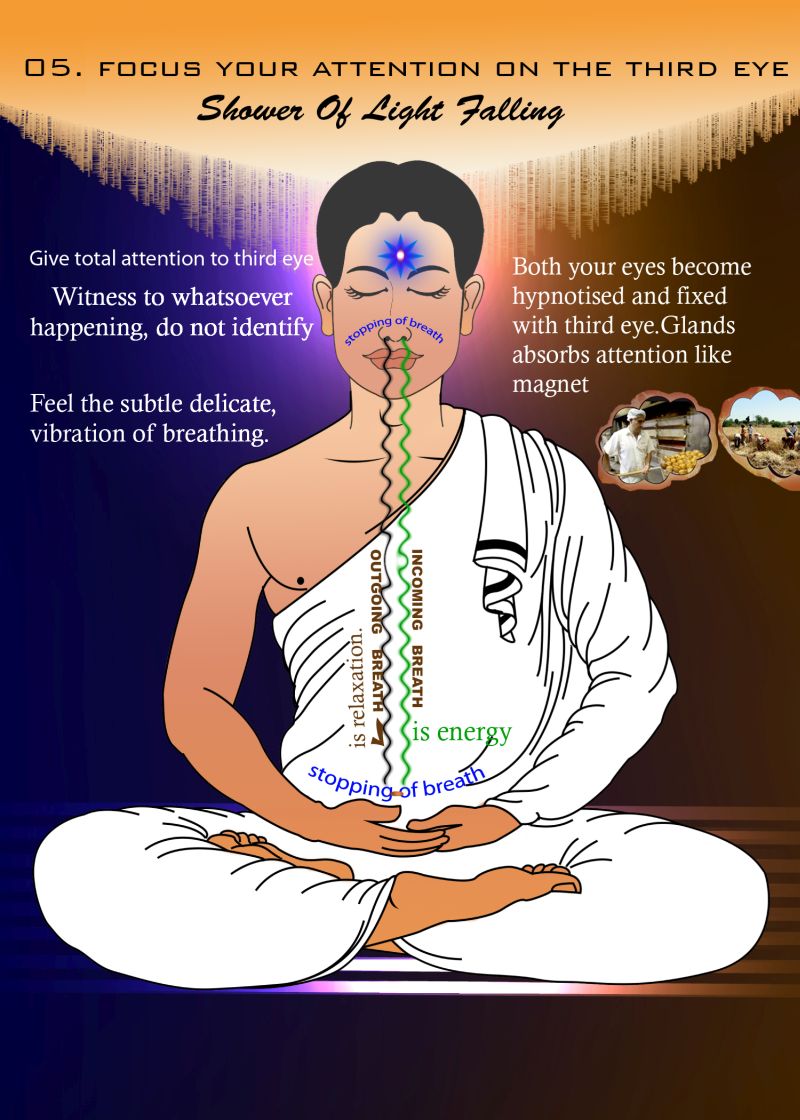 Focus your attention on the third eye

This is one of the simplest methods of being attentive. You cannot be attentive to any other part of the body so easily. This gland absorbs attention like anything. If you give attention to it, both your eyes become hypnotized with the third eye. They become fixed; they cannot move. If you are trying to be attentive to any other part of the body it is difficult. This third eye catches attention, forces attention; it is magnetic for attention. It is the simplest to train you in attention because not only are you trying to be attentive, the gland itself helps you; it is magnetic.

Attention between the eyebrows let the mind be before thought. Now look at your thoughts; now encounter your thoughts. Let form fill with breath essence to the top of the head and there shower as light. When you are focused in the third eye, just imagine that the essence of prana is showering from the top of the head, just as if you are sitting under a tree and flowers are showering, or you are just under the sky and suddenly a cloud begins to shower, or you are just sitting in the morning and the sun rises and rays begin to shower. Imagine, and immediately there is a shower – a shower of light falling down from the top of your head. You can feel the subtle, delicate vibration of breathing. Now you can feel the form of breathing, the very essence of breathing. This shower recreates you, gives you a new birth. You are reborn.